One of the largest and and most powerful technology companies in the world, Cisco Systems, Inc., is often at the forefront of the networking hardware industry.

Based in San Jose, California, in the heart of Silicon Valley, the company has one of the most extensive selections of networking hardware in the industry, including aggregate and core routers, switches, security devices and optical transceivers and cables.

Cisco supplies hardware for just about every market segment in the industry, but its worldwide presence makes it perfect for large-scale enterprises, service providers and data centers looking to buy networking hardware in bulk.

Pre-owned Aggregation Services Routers (ASR) are one of one of Cisco’s primary lines of routers. Used ASR routers are designed primarily for high-bandwidth applications for enterprises and service providers. There are three distinct series that make up the Cisco ASR Series: the ASR 900 Series, the ASR 1000 Series and ... 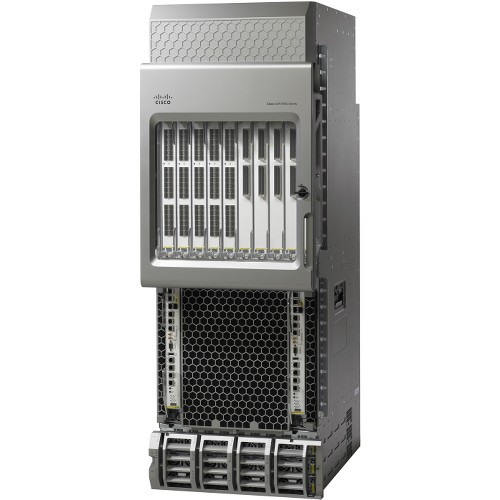 View ASR SeriesContact Us for a Quote

There are several key differences between the three Nexus series. The 9500 switches are available in a few different chassis using a modular design and typically function as core switches, whereas the 9300 and 9200 switches are designed with fixed ports that are usually used as access switches. The 9500 ... 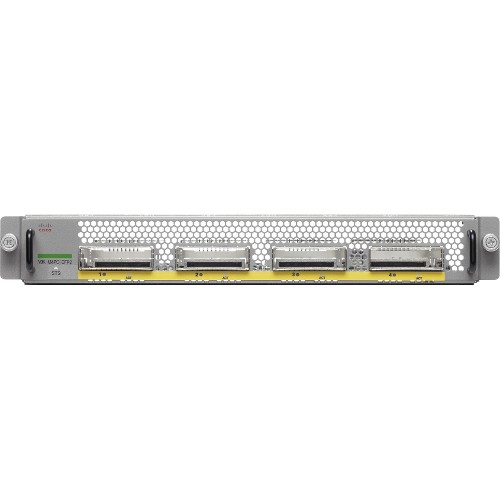 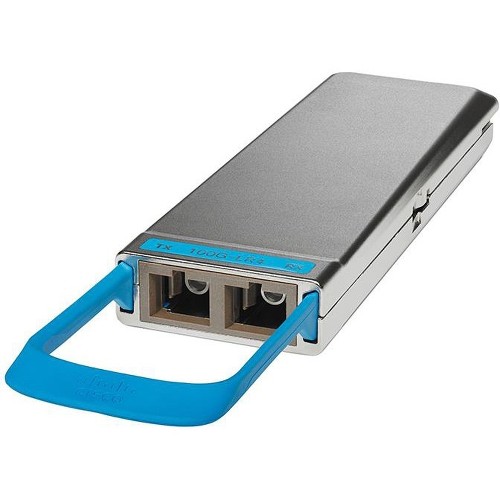 View CPAKContact Us for a Quote 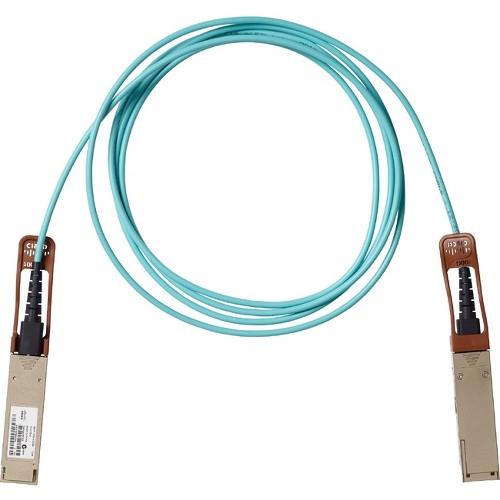 View QSFPContact Us for a Quote 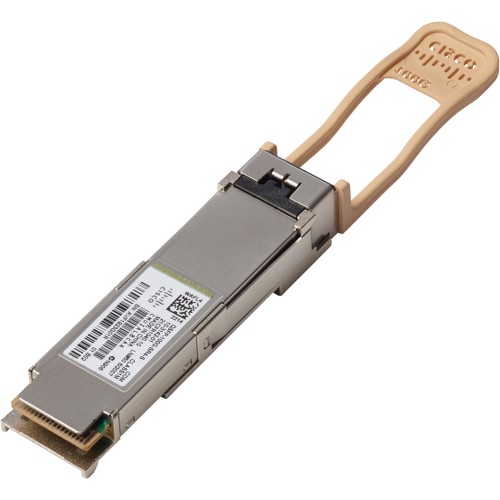 View QSFP28Contact Us for a Quote

BrightStar Systems stocks many of Cisco’s flagship product series, including routers, switches and optics. Whether you’re looking to replace only one piece of equipment or upgrade an entire system, you can depend on us to supply you with the highest-quality, pre-owned Cisco networking hardware.

Cisco is the largest manufacturer of networking equipment in the world, and we are proud to be an independent dealer of used and refurbished Cisco routers, switches and optics. The best part about purchasing used surplus supplies is that it’s much more cost-effective than purchasing new Cisco supplies. And when you purchase pre-owned equipment from us, it’s all tested for quality, and guaranteed to operate at peak performance.

Whether you’re making a purchase as a customer, or as a wholesaler looking to buy in bulk in order to resell equipment, you’ll gain access to our knowledgeable support team to help you with any questions regarding installation, setup or operation issues. We also can provide supportive documentation in the form of downloadable PDFs for Cisco products to help with setup and maintenance.

Browse through the information on this page to get a sense of all the used surplus Cisco products we have available for purchase and gain access to datasheets that provide specifications for Cisco routers, switches and optics.

The Cisco ASR 9000 Series is made up of several high-end chassis that are designed with specifications best suited for network service providers, but also can be used in large-scale enterprise environments. The ASR 9000 Series has both edge and core routing capabilities. They are ideal for high-bandwidth applications, such as video streaming, and are extremely scalable. They also offer a great price-to-performance ratio, as power is used on an as-needed basis.

The ASR 9000 Series includes seven different models, ranging in size from only 2 rack units (RU) to 44 RU. They offer speeds ranging from 240 Mbps to 160 Tbps, and all models support 100G Ethernet except for the smallest model, the ASR 9001, which supports only 40G Ethernet. These routers have fully-redundant hardware to ensure peak availability so that you or your customers’ networks are always up and running.

On top of the ASR 9000 Series having redundant hardware, these routers also are equipped with Cisco’s Internetworking Operating System (IOS) XR, which allows for software image upgrades and module changes without impacting operations.

The modular design of the ASR 9000 Series ensures that all packet-forwarding decisions and actions are completed on the individual line cards for maximum efficiency. BrightStar Systems supplies several pre-owned ASR 9000 line cards chassis as well, including the following part numbers:

Contact us today for more information on purchasing a used, pre-owned or refurbished ASR 9000 Series router.

Cisco’s ASR 1000 Series is available in nine models, not including two older models, the ASR 1001 Series and the ASR 1002 Series, which are no longer available for purchase directly from Cisco. ASR 1000 Series routers range in size from 1 RU to 13 RU and support speeds starting at 2.5 Gbps in the entry-level 1001-X model up to 200 Gbps in the larger models. Another standout feature of this series is its high availability; all ASR 1000 Series models feature five-nines availability, which means they are up and running 99.999 percent of the time.

In addition to the ASR 1000 Series and ASR 9000 Series, BrightStar Systems supplies used Cisco routers in the series listed below:

Reach out to our sales team to find out which pre-owned Cisco routers we currently have in stock.

We Offer an Extensive Selection of Refurbished Cisco Switches

This is Cisco’s premier line of switches, which are designed for high-performing environments, such as large-scale data centers. The Cisco Nexus 9000 Series is divided into three distinct smaller series, the Nexus 9200 Series, the Nexus 9300 Series and the Nexus 9500 Series. These series include a combination of modular and fixed switches.

There are several key differences between the three Nexus series. The 9500 switches are available in a few different chassis using a modular design and typically function as core switches, whereas the 9300 and 9200 switches are designed with fixed ports that are usually used as access switches. The 9500 series also supports up to 100G, and comes in 4-, 8- and 16-slot line card configurations. The 9300 series switches, on the other hand, support only up to 40G Ethernet. They are available in sizes ranging from 1 RU to 3 RU. The 9200 series switches support up to 100G Ethernet and are available in sizes of 1 RU and 2 RU.

One of the biggest features of Nexus 9000 switches is the use of Cisco’s Cloud Scale Application-Specific Integrated Circuit (ASIC) technology as opposed to general integrated circuits. ASIC technology is more scalable and offers better performance, visibility and analytics.

There are a couple of ways to operate Nexus switches; they can be operated using Cisco’s NX-OS software, or by way of Cisco’s application centric infrastructure (ACI), which is a combination of mapping hardware and software that enables additional functions, such as automation and programming abilities.

Contact us today for more information about our offerings on used, pre-owned and refurbished Nexus 9000 Series switches.

Contact us today for more information about our offerings on used, pre-owned and refurbished Catalyst 2960-X/XR Series switches.

BrightStar Systems doesn’t only offer the Nexus 9000 Series and the Catalyst 2960-X/XR Series; we offer several other lines of used Cisco switches as well, including the following:

If you’re looking for a specific pre-owned Cisco switch model or part number, contact one of our sales representatives to find out if we have it in stock. We also can answer questions you may have about installing and setting up used switches.

CPAK is Cisco’s proprietary form factor of optical transceivers, which convert electrical data signals coming from switches into optical signals that can be transmitted through optical fiber. This typically is done using optical fiber cables.

Cisco’s CPAK optical transceivers support 100G Ethernet. And, as opposed to other optical transceiver form factors, such as QSFP, QSFP+, CFP, CFP2 and QSFP28, CPAK optics have multiple configurations as opposed to just one. For example, the CPAK-100G-LR4 has four optical channels that each support up to 25G Ethernet, but there’s also the CPAK-100G-SR10, which has ten optical channels, and each one can carry up to 10G Ethernet.

We have a wide selection of used surplus and refurbished CFP, QSFP, QSFP+ and QSFP28 optics that are all in great condition. If you’re looking to purchase for other pre-owned optical transceiver form factors, get in touch with our sales staff.